There shall be signs in the Sun, the Moon, and the Stars

Previous Next
DIABETES and GEMS STONE FOR ITS PREVENTION AND CURE 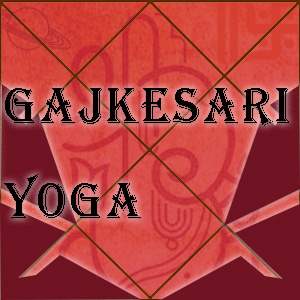 Diabetes is perhaps the disease of rich people. It is one of the chronic diseases. Diabetes mellitus is a disease state in which the body is unable to burn or manage the food intake. The main culprit is insulin. Insulin helps to burn the food or sugar and in absence of Insulin there is and accumulation of sugar in the blood.

The usual symptoms are unusual thirst, frequent urination, loss of weight despite increased appetite and food intake , weakness, drowsiness and often itching and boils. Diabetes can classified as a metabolic disorder where in body does not produce insulin which is essential to convert sugar into energy necessary for our daily routine.

Diabetes is characterized by the constant and high levels of blood glucose and are generally seen with people having excess body weight, who lack of exercise or people with family history of diabetes . The children of diabetic parents are more prone to diabetes, eveb stress and tension increase the likelihood of blood pressure and diabetes. Diabetes increase the chances of High blood pressure and heart disease. It is adviced to take control of ones diet and excersie daily to negate the chances of developing Diabetes.

Astrology has also defined certain planetary configurations in the chart , which indicate the probability of Diabetes like presence of 2 or more malefic planets in watery sign i.e., Cancer , Scorpio, and Pisces cause diabetes. Malefic Planets include Saturn, Rahu, Sun, Ketu and Mars.

Sixth house in the horoscope is the house of diseases and also control kidneys and if there are 2 or more malefic planets as described above , there is a probability of developing Diabetes. If 6th Lord is situated in 8th house or the 8th Lord is placed in 6th house of horoscope does indicate Diabetes. In 12 Rashis, Libra rashi is in 7th house and there 2 or more malefic planets are situated also indicates diabetes. The people Aries ascendant have Libra rashi in 7 house.

The two planets i.e. Moon and venus are watery planets and if they are afflicted by fiery planet like mars or the sun in watery sign of the horoscope, diabetes is indicated.

A person may suffer from Diabetes if Jupiter is in 6th, 8th or 12th house or it is in a debilitated sign.

When Venus is in the sixth house and Jupiter is in the twelfth house.

If the Lords of sixth house and twelfth house are inter-changing signs.

When Jupiter is being aspected by Saturn and Rahu.

When Jupiter is in a weak state and Rahu/Ketu are placed right besides it.

If Jupiter and Saturn are position close to each other or if both of them are positioned in the same Navamansa.

Astrologically, Diabetes can be cured by wearing two gems:
i.e Red coral and Yellow sapphire. There are certain rules for wearing the stone

You can consult your Horoscope with our Astro Expert.

Mail us at consult@astroshastra.com for any other information or clarification.