Previous Next
PLANET MERCURY IN ASTROLOGY online at Astroshastra

Mercury is the closest planet to the sun. It circles the sun faster than all the other planets, which is why Romans named it after the swift-footed messenger god Mercury. It was known since at least Sumerian times roughly 5,000 years ago, where it was often associated with Nabu, the god of writing. Mercury was also given separate names for its appearance as both a morning star and as an evening star.

A year on Mercury is just 88 days long , One solar day (the time from noon to noon on the planet’s surface) on Mercury lasts the equivalent of 176 Earth days while the sidereal day (the time for 1 rotation in relation to a fixed point) lasts 59 Earth days.

Mercury also has the highest orbital eccentricity of all the planets with its distance from the Sun ranging from 46 to 70 million km. Mercury is the smallest planet in the Solar System, One of five planets visible with the naked eye a, Mercury is just 4,879 Kilometres across its equator, compared with 12,742 Kilometres for the Earth.

Mercury is the second densest planeta each cubic centimetre has a density of 5.4 grams, with only the Earth having a higher density. This is largely due to Mercury being composed mainly of heavy metals and rock. 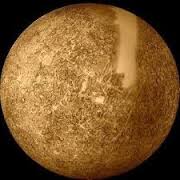 Mercury is sexless and neutral and is a cold and moist planet. Being a neutral planet it changes according to its placement in a sign and house, and that is why it is said to have a "mercurial" nature. Because it is nearest to the Sun it is restless, which also makes it quick-changing, fickle, and often retrograde.

Mercury is dominated by the three doshas wind, bile, and mucus, all rajasic. Earth is its element, it is a merchant by nature, shudra by caste, lover of humor and wit, ever green, weak in body constitution, delicate, having mixed feelings. It concerns the mind, and your sign and house position influences the mysterious way you put it all together up there. It determines how you make sense of your world, formulate ideas and share them with others. Your speech patterns, communication style, sense of humor, quickness of thought – all these are flavored by the position of your Mercury.

According to the Linga Purana, Mercury is the son of the Moon by his wife Rohini. In the Vishnu Purana, Brahma Purana, Devi Bhagvata, Bhagwat Purana, Harivansha Purana, Padma Purana and Vayu Purana a story is told of the seduction of Brahaspati's (Jupiter's) wife Tara by the Moon - and Buddha is born from her. He is called Saumya, that is, "Son of Soma [Moon]." From Buddha springs the lunar race. The Moon, being his father, is friendly toward him, but Mercury knows that he is son of the wife of Jupiter and so he is in conflict with the Moon, who seduced his mother. 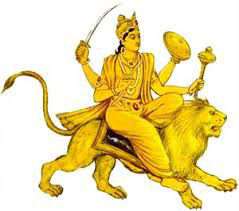 VENUS is significator of the pleasant partner viz husband, wife or business.

Saturn, a mighty planet know for its restriction and limitation.

Rahu is a shadowy planet. In Western astrology it is called Dragon's Head

Ketu is a shadowy planet. In Western astrology it is called Dragon's Tail